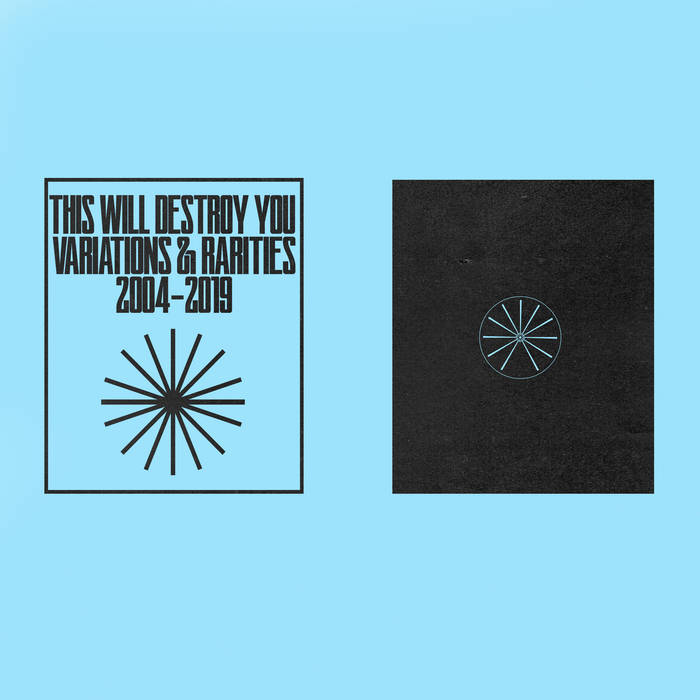 Pulling from a dense archive comprised of 15 years worth of demos, unreleased tracks, variations on material that later evolved into something else, unused soundtrack cues, and everything in between, This Will Destroy You and Dark Operative are proud to continue “Variations & Rarities: 2004-2019,” an ongoing audio series started in May of 2020.

The second installment focuses heavily on the “Self-Titled” era, giving all a previously-unseen and unheard glimpse behind the curtain at some of the early stages and ideas for songs that ultimately became the band’s most successful album to date.

“Villa del Refugio (Study)” is the earliest-known recording of the band conceptualizing the song and exploring its tonality. These particular chord progressions made it through to the end.

“They Move on Tracks of Never-Ending Light (Concept)” is a raw practice recording/run-through of the song with live drums, well before the song ultimately was smoothed out with electronic beats and full production. The feel at this point in gestation was almost a hybrid between “They Move…” and “The Mighty Rio Grande,” so it made sense to keep pushing “They Move…” into different territory sonically.

“Rejected Football (Score)” was a 2019 scoring piece where a couple of guys wanted the band to score an entire sports documentary, but of course “needed it like, yesterday.” Without offering any compensation for studio time or the performer’s time, the producers asked for “as many demos as you can send us to make a decision on composers.” This is the entirety of what was turned in.

“The Mighty Rio Grande (Concept)” isn’t even half as long as what the final would become, but one can hear the band starting to put together all the big set pieces at this stage. Some of the elements being explored here were abandoned or subdued in various capacities, yet the overall essence and melodic narrative was already dialed in quite well.

Would you believe that “Threads” originally had not just one, but TWO different (and rather long) intro concepts? Neither made the final cut, but we’ve blended both together into “Memory Ranking,” a tribute to the piles of unused ideas on the cutting room floor of “Self-Titled.”

And finally, “Threads (Demo),” without any intro, closes out this installment. This is how it sounded right before it was time to go in and track/make the final record. Everything had been as realized and hashed out as possible before Congleton’s production touch could shape the nuances.